Elvie’s CEO: Women leaders are particularly susceptible to bias which impacts our ability to gain and leverage support to amplify our ideas.

This feature is another except from the book Unstoppable Women where Tania Boler, founder and chief executive of female health tech (femtech) company Elvie (Elvie’s CEO), shares lessons learnt in creating a solution that has secured £70m/$97m in Series C funding. Tania’s inventions are breaking down taboos relating to women’s health and encouraging conversations around the more intimate parts of their bodies.

You can buy the book to read Tania’s story and the stories of 25 other unstoppable women. Members of forwardladies.com can join us for your monthly mentoring sessions with unstoppable women like Tania.

Innovation is what keeps everything moving forward and stops the world from standing still. While some entrepreneurs take an existing idea and do it better, slicker, cheaper or faster, there are as many who create products from scratch. This was the case for Tania, who used technology to greatly improve an issue mothers often struggle with.

Looking to regain control and strength in her pelvic floor area after the birth of her first child, Tania was keen to master the exercises the hospital recommended: “My Pilates instructor talked me through them, but when I tried to practise what she’d described at home, I had no idea if I was doing the exercises right or not, or if what I was doing was making any physical difference. I began to research pelvic floor health and that’s when I saw a gap in the market.”

Tania devised a solution that helps women strengthen their pelvic floor muscles; in doing so, she broke down taboos relating to women’s health and encouraged conversations around the more intimate parts of their bodies.

Her first product was the award-winning Elvie Trainer, a Kegel trainer and app that makes exercising the pelvic floor muscles fun and is easy to use – anywhere, anytime. The device connects to an app that makes any movement of the muscles visual; it also guides the user through a short workout and tracks their progress over time.

“I delved into the world of women’s health technology and found little innovation. The Elvie Trainer was just a starting point. I wanted to create a female-led company that makes useful products for women, by knowing exactly what problems they face – from pregnancy and childbirth to periods and menopause.”

The success of the Elvie Trainer has been remarkable – it has since been recommended by more than a thousand healthcare professionals. Tania quickly achieved her aim of making it the smallest and smartest pelvic floor trainer on the market, and word of mouth pushed the majority of sales. She adds, “It was almost as if women had just been waiting for our product to come along. The marketing was organic, and we were proud to build an engaged community of women.”

The popularity of the product helped Tania secure more than £8m in funding. This came from government grants and financing from external investors such as Google Maps co-founder Lars Rasmussen, ICAP founder Michael Spencer, Octopus Ventures and AllBright. Tania’s team currently stands at around 40 employees, and the business is now on course to expand into 25 new territories.

Quick success meant that although the business was still in its start-up stages, it broke even within six months. An Elvie Trainer was featured in the nominees’ goodie bags at the 2017 Oscars, and proved a hit with the celebs. Gwyneth Paltrow, January Jones and Khloé Kardashian are just some of the high-profile women to recommend the product. It has also been featured in numerous women’s magazines, including Vogue and Marie Claire.

While it’s great to receive such fantastic feedback, Tania is equally proud of the company’s success at a grassroots level. She says, “We have recently secured an NHS Supply Chain obstetrics and gynaecology tender, which means women who are most in need receive an Elvie Trainer for free.”

Creating category-defining, complex consumer electronics carries a lot of risks, however: “We produce the software components and the physical hardware, but we have to be absolutely certain the end product is not only high quality, but that everything is delivered within timeframes. No tech company wants to produce something that’s inferior or to be seen lagging behind its core market.”

Tania uses the technological creations of others to help Elvie Trainer run efficiently. For example, she uses the business communication platform Slack in the office: “The platform has significantly cut the number of internal emails we send, which makes my inbox much more manageable.”

Tania describes her days as “pretty hectic”. Her early mornings are typically filled with getting herself and her two small children ready for the day. She arrives at the office at 9am and initially spends time catching up with her various teams. The content of her working day differs according to her business-development priorities; lately, her focus has been on raising capital and growing and developing her workforce. As evening comes, she makes a concerted effort to balance work events with family life.

The one thing she finds difficult is switching off. Tania admits that her “mind is always racing”. She regularly attends Barrecore classes – a form of exercise based on ballet and the barre. “I have to do something physically challenging before I’m mindful,” she says.

So, how does Tania define success? “That’s a really good question. When I started out, I just concentrated on creating a product that worked – one that solved the problem I was experiencing. From where I sit today, though, I think Elvie’s greatest achievement is encouraging conversations that have been completely suppressed until now. My team and I take great pride from the fact we’ve helped women talk more freely about their bodies and their health.”

Tania has a lot to be proud of – designing an innovative product, building a very successful business, creating a strong team, securing significant investment and improving female health. The fact she’s helped many women share their worries and their experiences when they were previously too embarrassed to do so is simply the icing on the cake.

“Winning my first government grant was the validation I needed that my idea had legs, that I wasn’t crazy! I handed in my notice the very next day.”

“We underestimated the role retailers play. Initially, we were reluctant to partner with Amazon, believing the platform to be a poor fit for the Elvie brand. It’s now our key account.”

“Have faith that you can do it, and don’t think you won’t be taken seriously because you’re a woman. It can feel intimidating when you start out, but nowadays, there are more and more examples of successful women leading the way. There are a number of networks out there, within which are thousands of supportive female entrepreneurs.”

“You have to have some self-belief in your abilities and confidence in your idea; if you don’t have these, you have to fake them until you do! You can project confidence – even if you’re quaking in your boots underneath it all – such as speaking clearly and slowly, appearing relaxed and smiling. Your body language can mask your nerves if you apply a few simple tricks. Trying new things is the best way to build your confidence and skill set.”

Order your copy of the Unstoppable Women from Amazon.

DID YOU MISS THE MENTORING SESSION? 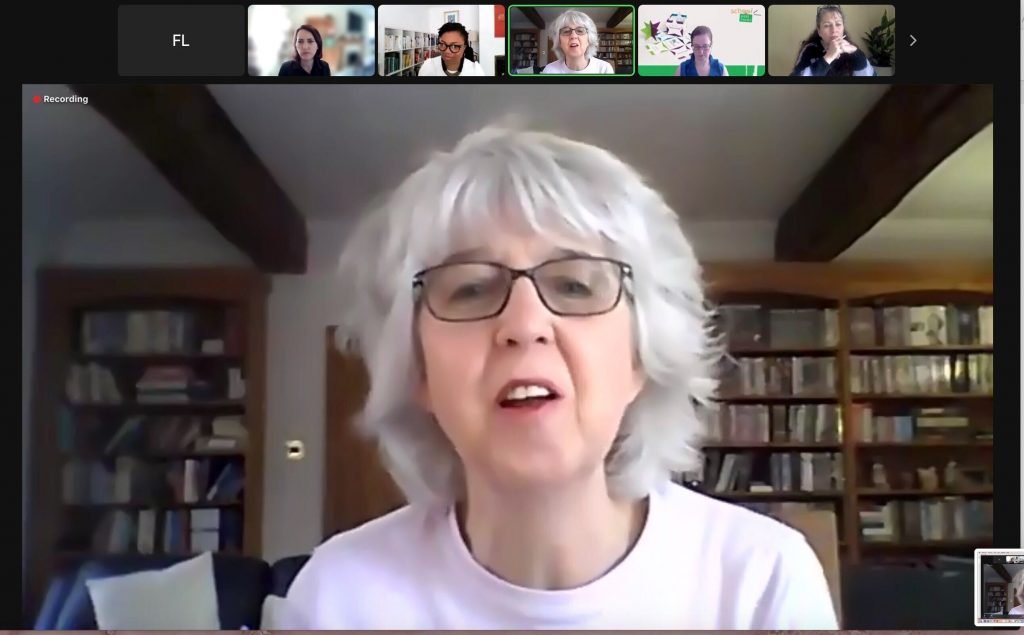 If you’re saving your money and you’re getting 1% on your savings, your money is always going to be worth less in the future than it is today.

We had such an insightful and interactive mentoring session with Gill Fielding. If you missed it,

Not a member yet? Become a member today by taking advantage of our 14 day free trial to gain access to trainings, mentoring sessions and a wealth of resources. 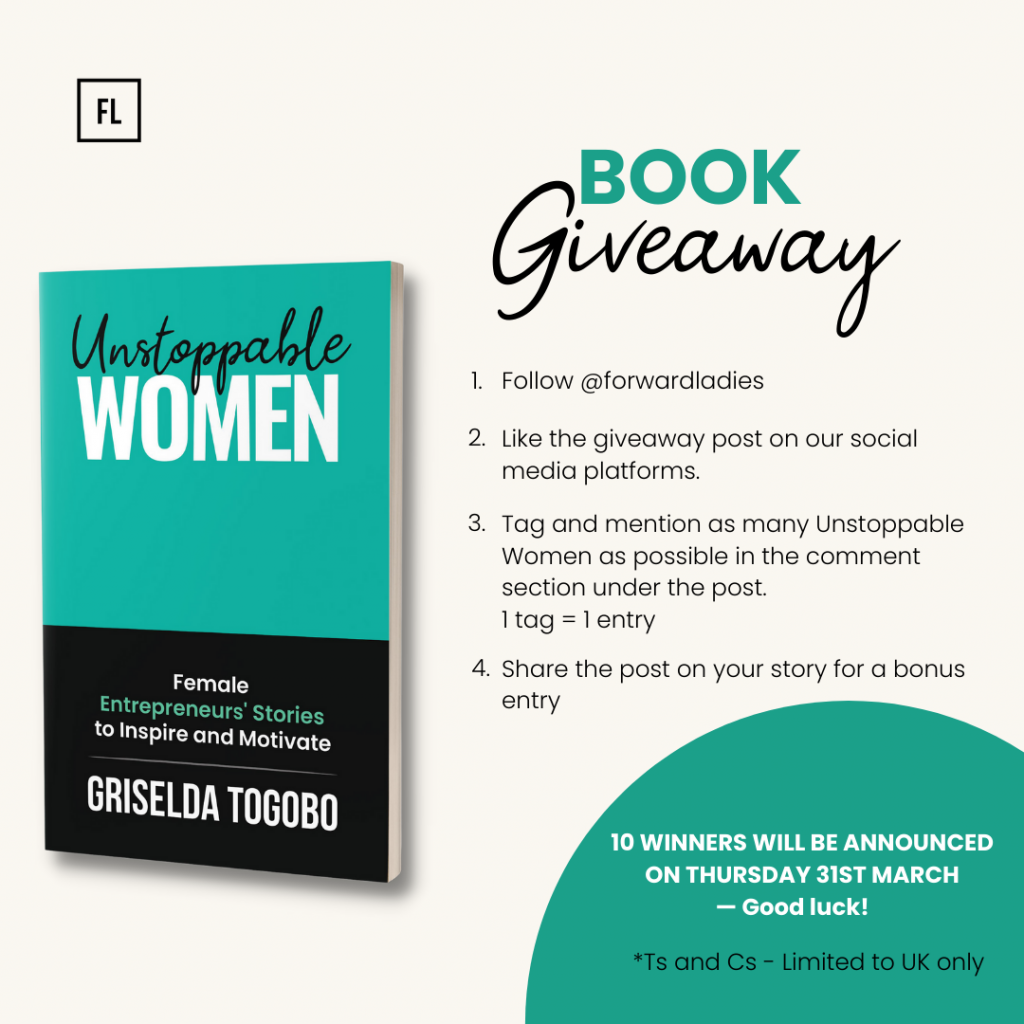