From Farmyard To A Multi-Million Business - FL
The mother of all awards is LIVE Learn more & apply!
×
× Close

When Sally set up Sally’s Cottages, a holiday cottage agency, she had just £1,000 to invest in it. The company now looks after 425 cottages and took £6.5million worth of bookings last year. Her role changes from year to year which keeps things fresh and she loves the Lake District where she is based.

As Sally was shortlisted for our SME Growth of the Year Award (North West, Wales, Ireland & the Isle of Man) we caught up with her and asked about her experiences so far. 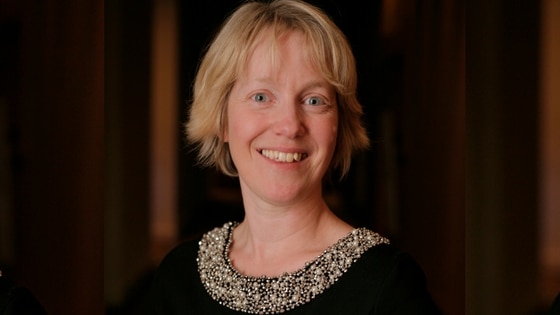 Q: How did you decide to pursue the career that you are working in today?
A: I grew up on a farm but I wasn’t interested in the sheep and the tractors, I was more interested in the campsite that my parents had set up, and would spend my holidays cleaning campsite toilets. So tourism and being self-employed was something I knew about and enjoyed.
That said, I didn’t mean to set up Sally’s Cottages. It came about from a chance conversation with a neighbour. She was upset because she was looking to get a long let on a house that she owned but nobody wanted to rent it from her. So I said, “I tell you what, why don’t I rent it from you if I’m allowed to sublet it to visitors coming in the area”. I rented it from her for £500 a month, and sublet it for £500 a week. She was happy, I was happy, the pub down the road was happy because everyone staying at the cottage bought at least one meal there. It was a win-win.

It wasn’t long before another neighbour down the road said “Wow, your cottage is doing really well, will you let mine for me” which I did on a commission basis. The business grew by word of mouth from there and today we have 440 cottages to let throughout the Lake District.

Q: What are you most proud of?
A: I’m very proud to have created something out of nothing. It took less than £1,000 to set the business up and now it brings in more than £6.5million worth of bookings every year (and growing). When you think about it, we own nothing other than some computers, desks and chairs. When visitors buy from us, they’re buying a dream, the chance to create memories, somewhere to stay for a few days rather than an actual object to keep. It is the sheer energy of everyone who works with us that makes this possible.

Q: What’s the biggest risk you’ve ever taken?
A: Ten years ago, when it was just myself and my husband (Rob) in the business, I was five months pregnant with our first child. The pair of us were working from 8 in the morning until 10 at night, every day, seven days a week. It was full on. Then a friend of mine said she’d seen a lovely house for sale that she thought I’d like. I thought I’d go and have a look, just for a nose around, obviously, I wasn’t going to buy it – it was £650k for a start and I didn’t have that kind of money. So mum and I went over there (Rob needed to stay and look after the business). Well, by the time we’d driven up the drive I’d fallen in love with it (I say ‘it’, it was actually three houses – an old farmhouse, a barn conversion and a cottage). By the time the lady had shown us around I’d put in an offer for the full asking price… which was refused until Rob had seen it, so he had to make a trip to visit it before our offer could be accepted.

Well, you know how it is, it took months for the lawyers to do their thing before the sale could go through. The sale went through on Friday 27th October. I know it was then because I gave birth to a baby boy on Tuesday 24th October and was back at work by Thursday 26th October with the baby in a basket by my desk (we worked from home).

That’s when the real work began. I’d successfully managed to borrow £650k to buy the place but interest rates being what they were ten years ago meant that we had repayments of £9,000 per month to find which was quite a lot. We needed the place to generate an income and fast. I took a booking for Christmas and New Year in the main house which meant we had 7 weeks to get it ready. Rob and my dad got to work on the building work that needed doing. Mum and I ordered a new kitchen, pots, pans and other kitchen equipment, a new bathroom, sofas, carpets, tiles, beds, bedding, pictures, lamps, the list was endless. At the same time I was doing the day to day work of the business – not just my work but Rob’s work too as he would leave to get Low Millgillhead ready at 7am and he wasn’t back until 9pm every day. And of course I was also changing nappies, feeding the baby and getting up every three or four hours throughout the night.

We were just putting the knobs on the bedroom doors when the first guests arrived.

That wasn’t the end of it though. We still had the £9,000 mortgage repayments to make. So we went to work on upgrading the barn conversion, turning this into a six bedroomed house. We had twelve weeks this time but again, the guests arrived just as we were putting the finishing touches on.

We were quite tired by this time, but fortunately, interest rates had gone down, and the baby was now sleeping through the night so I had a new lease of energy! We still needed to make the repayments so we set to work converting the little cottage. I remember going down to see how progress was going two weeks before guests were due to arrive. There were no internal walls or ceilings. You could say it was character building!

It was full on but it was a good learning experience and it was great to be able to help other cottage owners because now I knew what they were going through when getting their cottages ready for holiday lets, and what difficulties they may come across. Ten years on Low Millgillhead, Croft House and Rose Cottage are still going strong. It could have gone either way but we had hard work and luck on our side.

Q: What are the most important traits of successful leaders today?
A: If you adhere to the assumption that the qualities of a business will reflect the traits of those who are leading it, then I believe that that integrity, confidence and creativity are paramount.
• Integrity allows people to trust you and your business.
• Confidence to face problems and issues means that people will believe in you and your business.
• Creativity means that people actively want to be a part of the business and what you do.
If you combine these traits with a desire to embrace change, a desire to push things to see how far you can go, then you have a recipe for leading a successful business.

Q: What advice would you give a new employee going into a leadership position for the first time?
A: You’re not the most amazing person in the business – don’t believe the hype. You’re a cog. Surround yourself with people who are better than you. Then you’ll start going places.

Foster a culture of positivity, where people take responsibility. Hire people who will keep this culture safe. You will occasionally hire the wrong person. When you do, face up to it immediately.

Stand back. Don’t micro-manage. Let people make mistakes. They will learn from them.

Time is precious. Don’t bother with meetings that are unfocussed – know beforehand what you want to get out of a meeting and make sure everyone else knows it too.

In fact, following on from that, know your goals. Once you know what you’re trying to achieve, you’ll figure out a way to get there.

Did you enjoy this article? Here is what you can do!