Gender Pay Gap Reporting: Your Responsibilities, The Timings And 5 Actions You Can Take Now - FL
The mother of all awards is LIVE Learn more & apply!
×
× Close 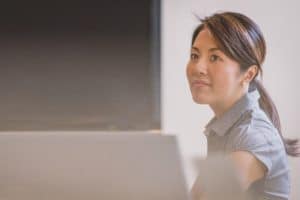 Shortlisted for Forward Ladies Women in Business Awards in 2016, Claire Morley-Jones is the MD and founder of HR180. Based in Garforth near Leeds, the operation has provided retained and outsourced Human Resources for 11 years to SMEs across the UK and internationally. With requirements for Gender Pay Gap Reporting just weeks away, Claire looks at responsibilities on business owners, what the timings are likely to be and what you can be doing right now to make sure you are ahead of the game.

The Government wants to highlight companies that do not address pay differences between men and women. Both companies AND voluntary organisations from this April will be required to publish the number of men and women in all their various pay ranges to clearly show where pay gaps are at their widest.

Yes…really! Almost 50 years ago, 200 female workers walked out of the Ford Motor plant in Dagenham in protest at their unequal treatment compared with male workers who carried out similar work. The 1968 Dagenham women’s strike raised attention throughout the UK and crucially, led to equal pay legislation.

Whilst equal pay results in both men and women being paid the same amount for the same or equivalent type of work, while the gender pay gap is the difference in average hourly earnings between the sexes.

And in 2017 we ARE talking about the Gender Pay Gap as it’s STILL a major problem for working women, according to the ONS. Recent figures show that average pay for men is greater than that for women and though the gap narrowed to 9.4% for full-time employees in 2015 (lowest since records began in 1997) the actual percentage has stayed relatively static.

It could be! This is because employers with more than 250 staff will be obliged to report information on the gender pay gap in their organisation from 6 April 2017. This is the date The Equality Act 2010 (Gender Pay Gap Information) Regulations 2017 comes into force. There are significant requirements so it is crucial you have the correct stats in place.

According to the Government’s own explanatory note, the main points from the legislation which you will be required to publish are:

Businesses really need to get this right so your HR team will need to work with you to ensure you have these figures easily to hand, and give your team PLENTY of time to put the statutory reports together, as failure to comply with any of the full obligations set out and imposed by the Regulations will ‘constitute an unlawful act’ – with consequences!

Plus, for larger organisations which will be appearing on a promised league table, you really don’t want your business to be blacklisted by potential clients or partners because you are a poor performer!  And how will you handle the comms aspect – another one your HR professional can help with especially for the fall out with your staff…

Firstly, we know that the regulations come into force on 6 April 2017. Then no later than 4 April 2018, organisations of 250+ employees size will need to publish statutory data. In the meantime here are 5 things you can be doing:

Because the data requirements relate to ‘relevant’ employees you will need to get a grasp of the definition in the final legislation (though this is yet to be published!) especially if you think you are close to the 250+ level.

Do you know where the data is held within your organisation and how you will gather it for a defined period as required by the legislation?

Why not test the waters using last year’s figures? No matter what size your business it is good practice to have an idea of whether or not there’s a gender pay gap within your organisation.

Get a handle on this data now you are well prepared to put in place an explanation of why there is a gap. This may well help deal with complaints from your workforce and how you say you will deal with the issue can put you ahead of your competition.

Make yourself aware of any pay gap problems in your organisation, then you can look at ways of improving the situation for the first reporting year and onwards. This may be achieved through personal development, or recruiting, of the gender which is poorly represented in a particular pay band, and/or cultural changes in the workplace to close your gender pay gap.

Leeds based HR180 is a team of superheroes in HR Outsourcing, Projects and Consultancy committed to equality for all employees irrespective of gender. We work with organisations of all sizes to establish working policies to go above and beyond Employment Law requirements, to protect both employees and employers alike. We love to hear from fellow Forward Ladies so find out more about us at www.hr180.co.uk or call us free on 0808 1221 180.