The Women's March And Donald Trump - FL
The mother of all awards is LIVE Learn more & apply!
×
× Close 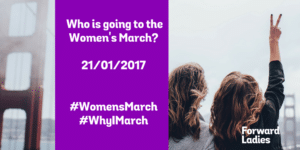 Today Women across 56 cities are marching in protest to Donald Trumps Presidency.

At the first presidential debate, Donald Trump told voters “Nobody has more respect for women than I do.” However, much has been made of Donald’s controversial comments and crude jokes about women and girls, so what does his Presidency actually mean for gender equality, diversity and inclusion in America and beyound?

Mr Trump has been widely criticised for his attitude towards women, and specifically issues relating to women, including his view on abortion rights and contraception; affordable healthcare and voting rights and his racist policies and harmful stereotypes which threaten to dismantle hard fought and won privileges and liberties.

Several demonstrations both protesting and supporting Mr Trump will take place around the world over the weekend but most notably, the Women’s March on Washington has captured the imagination of millions and is estimated to draw crowds of 200,000 people tomorrow, 21 January. According to the BBC, similar Marches are being held across the UK in Belfast, Cardiff, Lancaster, Leeds, Liverpool, Manchester, Shipley and Edinburg.

This is not just America’s problem. All eyes will be watching and waiting to ensure the rights of women across the world are valued and protected.

So tell us what you think of Donald Trump and his presidency?

Are you marching today? Tell us why you are marching.