With Mother’s Day just around the corner, it’s a popular time to give thanks for all that moms have done.There are plenty of moms who have made a huge mark on the business world as well. Here are some successful moms who might provide some inspiration for others this Mother’s Day. 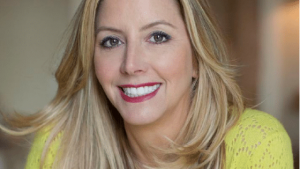 Sara is mom to three sons and one daughter.

Women have been buying what Sara Blakely is selling since she created Spanx in her early 20s, becoming the youngest self-made woman billionaire in the world. Talk about power. Sara attributes all of her success to her ability to redefine failure. “Growing up my dad used to encourage my brother and me to fail. At the dinner table he would actually ask us ‘what did you fail at this week?’, and if we didn’t have something to tell him he would actually be disappointed … I didn’t realize it at the time, but he was redefining failure for me. Failure became not about the outcome but about not trying. The fear of failure is one of the things that stops us in our tracks and keeps us from trying something.”

Anne is mom to two children.

Anne Wojcicki is flouting the typical business model of healthcare-focused companies. Rather than making a living off treating disease, Wojcicki is devoted to making a business model out of keeping people healthy. As the chief executive officer of the first direct-to-consumer genetic test, Wojcicki recently told The New York Times, “I genuinely spend my nights thinking about: Is there a way to monetize prevention? I don’t know exactly what that model is, but I know it’s the right thing to do.” She must have some inkling, because the tech unicorn is valued at $1.5 billion and has given 3 million customers information on their ancestry, genetic carrier status and other traits.

Bozoma is mom to one child.

The former hed of consumer marketing for iTunes and Apple music has a big job ahead of her at Uber. She was brought onboard to bring the company back into the good graces and pocketbooks of consumers. As one of the few black women in the C-suites of tech, she is no stranger to adversity. At the age of 5, she and her family fled their home country of Ghana to seek asylum in the United States. And, not long into her career—and right after she brokered a deal between Beyoncé and Pepsi to sponsor her 2013 tour—Saint John returned from Beyoncé’s triumphant Superbowl performance to a husband who was dying of cancer. Before he did, he made her promise that she “wouldn’t stop hustling.” She hasn’t. Saint John joined Dr. Dre’s Beats and, from there, Apple. Bozoma says “ I want to be the change so my daughter can accomplish more because I existed.”

Susan is mom to one child.

Any mom to a tween understands the power of YouTube. When she was at Google (where she had been the 16th employee), Wojcicki got it too—and oversaw the acquisition of YouTube, where she is now CEO. She’s been landing on lists ever since, including Time’s Most Influential People. (And she’s sister to Anne, above. Talk about a powerful family.) Most importantly, she has been bringing women with her. In under two years of her leadership, the number of female employees at YouTube jumped from 24 percent to almost 30 percent. And, just before her fifth maternity leave, she penned an op-ed in the Wall Street Journal about the importance of—and the business case for—paid maternity leave. “When we increased paid maternity leave to 18 weeks from 12 weeks in 2007, the rate at which new moms left Google fell by 50 percent,” wrote Wojcicki.

Shannon is mom to five children.

Shannon Watts, a former communications executive, was a stay-at-home mom to five on December 14, 2012, when 20 children were gunned down at Sandy Hook Elementary School in Newtown, Connecticut. The next day, from her home in Indianapolis, Watts created a Facebook group called One Million Moms for Gun Safety. A year later the group—inspired by the model of Mothers Against Drunk Driving—had 130,000 active members and chapters in 50 states. The following year Watts joined forces with Michael Bloomberg’s Mayors Against Illegal Guns and formed Everytown for Gun Safety. Everytown claims 23 legislative wins countrywide on restricting gun access for domestic abusers as well as other wins in creating safer gun laws. In the wake of the Parkland, FL, shooting, Everytown announced a 5-point-plan targeting politicians before the midterm elections. Watts told Politico, “I know we’re all waiting for this cathartic congressional moment, but we are winning and we have the energy on the ground.” The $750,000 the organisation was able to raise the day after the tragedy at Stoneman Douglas High School is a pretty powerful proof of concept.

Katrina is mom to one child.

Katrina’s story began when she was a student at Harvard Business School and drew inspiration from the boxes of produce she received from a CSA to create a school project. It took tenacity convince venture capitalists to invest in a company that sent custom selected outfits direct to consumers’ homes. But Lake says that being a woman has trained her to be comfortable as an underdog. “We’re more comfortable operating from a place of ‘We’re underestimated and we’re excited to prove ourselves,’” says Lake. We’re good with that.”

Adena is mom to two children.

On January 1, 2017, Adena Friedman became the first woman to lead a global exchange company. She arrived at the top after rising through the ranks of NASDAQ, leaving to become CFO of the Carlyle Group, and then returning to the top slot last year. The trading floor is a comfortable place for Friedman whose father worked for T. Rowe Price, where she says she used to “go hang out at the trading desk and draw on the walls.” That said, as a young girl, she wanted to be an astronaut. Friedman holds strong positions on both Fortune’s and Forbes’ lists of Most Powerful Women, as well as a black belt in Tae Kwon Do, which is an activity her family does together. Friedman may have left her dreams of being an astronaut behind, but she still has frontiers to explore as NASDAQ wrestles with the new world of cryptocurrency and expands to offer technology services to exchanges around the world.

Did you enjoy this article? Here is what you can do!