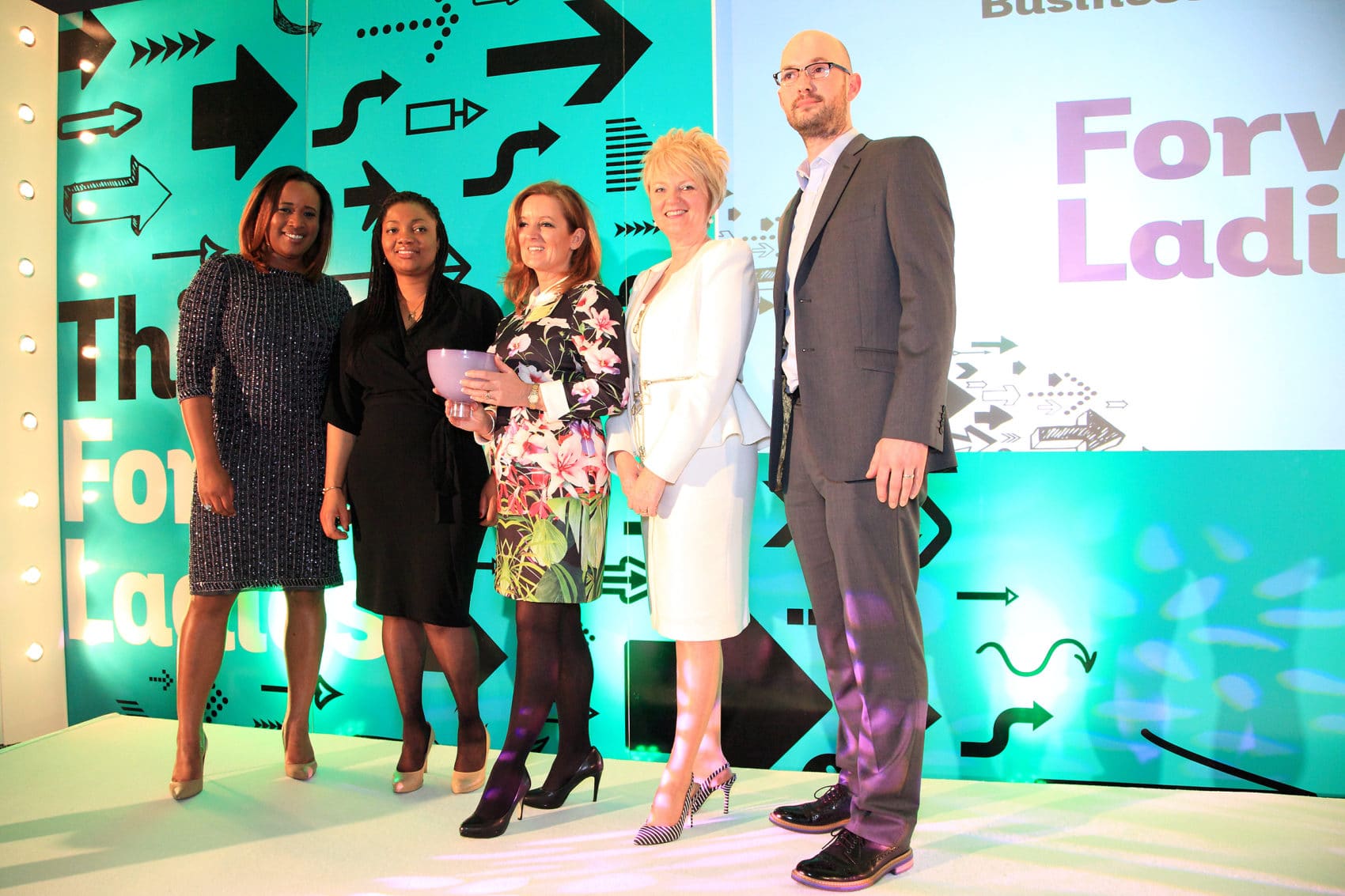 The winning businesswomen have been announced at the Forward Ladies Women in Business Awards (WIBA), North West and Isle of Man, 2015 – one of the largest gatherings of female business leaders in the UK.

At the event, now in its sixth year and sponsored overall by HSBC, businesswomen were announced from ten categories including Outstanding Businesswoman of the Year – this year, Suzan Thompson, MD at Elegant Address Luxury Property Group Ltd, from Chester.

Suzan, who also won the property category, highly impressed the judges having grown her business from operating as a sole trader to a multi-company enterprise with a significant turnover and a growing team of seven. Suzan was presented with her Outstanding Businesswoman award by Debra White, HSBC regional director for small businesses. The full list of award winners is below.

At the event, the awards progamme, now in its sixth year, was launched nationally with four regional heats taking place in the North West and Isle of Man, London and the South East, Yorkshire and the North East and the Midlands during the rest of 2015. Nominations are now open and the final award ceremony celebrating the regional finalists will take place in Leeds on November, 20.

“Many congratulations to our winners and everybody who took part – just getting to the final is a big achievement. Our independent panels of judges were incredibly impressed by the standard of entries, in particular their business acumen, hard work and most importantly – their results. On the launch of our national awards today, we are very excited to be providing a platform for our future regional winners to compete nationally, and for us to showcase the very best women in business. Our partnership with HSBC will enable us to do this on an unprecedented scale, showcasing some positive and credible female role models – a necessary inspiration for our next generation of leaders.”